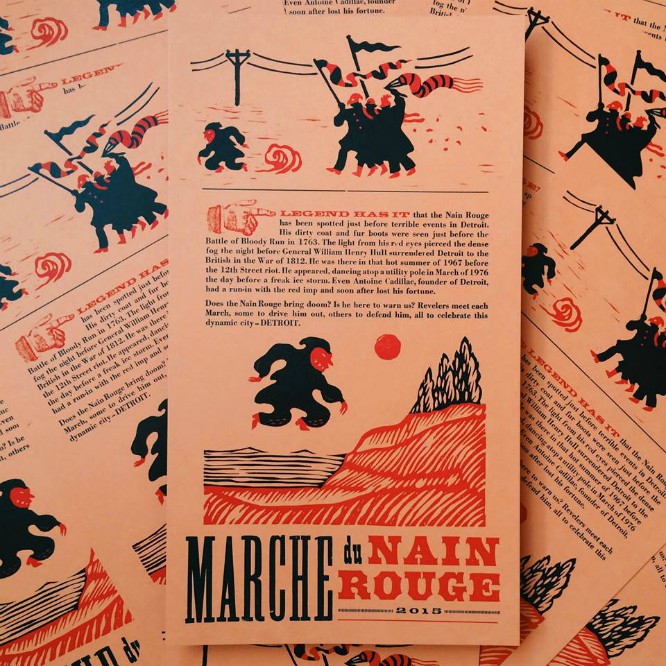 I wrote the copy for this Marche du Naine Rouge 2015 poster made at Signal Return Press. Artwork by Joel Grothaus and Lettering by Lee Marchalonis

Legend has it that the Nain Rouge has been spotted just before terrible events in Detroit. His dirty coat and fur boots were seen just before the Battle of Bloody Run in 1763. The light from his red eyes pierced the dense fog the night before General William Henry Hull surrendered Detroit to the British in the War of 1812. He was there in that hot summer of 1967 before the 12th Street Riot. He appeared, dancing atop a utility pole in March of 1976 the day before a freak ice storm. Even Antoine Cadillac, founder of Detroit, had a run-in with the red imp and soon after lost his fortune.

Does the Nain Rouge bring doom? Is he here to warn us? Revelers meet each March, some to drive him out, others to defend him, all to celebrate this dynamic city – DETROIT.